The first "adulting" meme I saw was this: 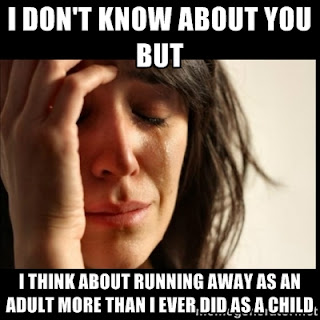 I actually thought it was hilarious. Life is hard. Sometimes running away seems like a great option.

But then, I started seeing more and more of them. 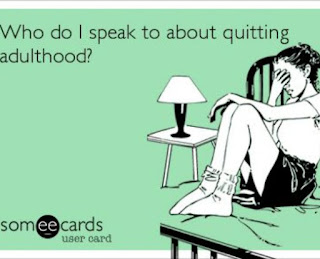 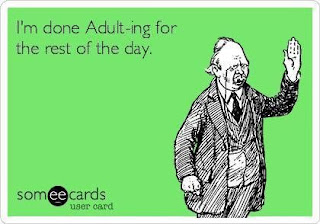 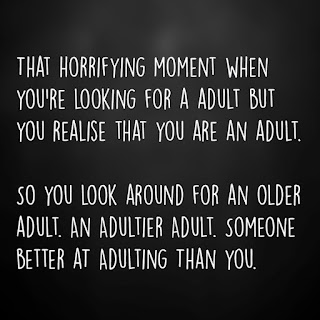 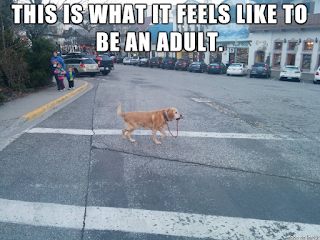 You get the idea. If you google "adulting memes," there are literally dozens of them. What do these messages say to our children? Many children and teens are on social media, and these memes are impossible to escape. They want to feel secure in their world, that they are being led by capable adults. How scary to think that adults wish they were children, that they don't feel capable of leading others, or they can't even function in their own lives.

It got me thinking - If social media had been around when I was growing up, I can't imagine what I would have thought if I had had messages like this posted by adults (even my own parents) that I was expected to respect.

We are responsible for raising the next generation. How can we expect them to become responsible adults when they are bombarded with these messages? Didn't we just give them an "out?" What do they have to look forward to?

My 17-year-old and I were talking about this the other day. She couldn't believe all these memes. She's actually the one who brought up adults expecting to be respected and how impossible it is when they post stuff like this. She said she sees them in a totally different light after they've posted one of these memes.

As adults, we all know that life has its ups and downs. I'm not trying to convince anyone that life is easy. But honestly, would any of us want to go back? NO! Even at 45, I wouldn't want to go back to 35, or even 25, let alone 15! We have responsibilities and bills to pay, but we grow from these experiences and learn from these challenges. 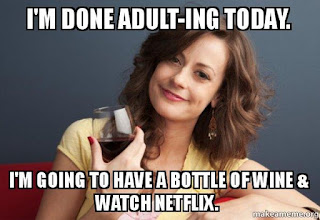 In the meme above, she's "adult" enough to drink a bottle of wine by herself, but NOT adult enough to carry on with her day. It's appalling. Give me a break! Grow up! You ARE an adult! Act like one! Show the next generation how it's done!

As an adult, I'm kind of offended that "adult" is used in a negative way. When driving down the highway and a building is titled "Adult Bookstore" or "Adult Videos," it seems to assume that all adults view pornography. It's just a little something that, as a responsible adult, annoys me.

If you actually feel this way, the adults in your newsfeed may find it humorous and even agree with you, but remember - they are very likely not the only ones reading your posts. We have a responsibility to the next generation and these memes undermine the awesomeness of adulthood. And it is awesome! Someone make a meme about it!

Posted by Donna Ryan at 8:30 AM No comments:

Do you like the facelift my blog received this morning? It was time. I'm in a very different place - literally and figuratively - than I was when I wrote this blog on a regular basis. My kids are older now, ranging from 11-19, so I'm not doing the baby thing anymore or attending play groups.

My husband took a job in Rapid City, SD, so we uprooted and moved to the Black Hills. For real - we actually live in the Black Hills National Forest. It's so beautiful here and the ski area is about 45 minutes from my home. 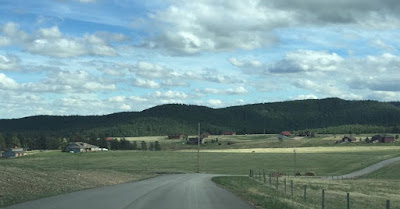 It's also like going back in time about 10 years. DVD shops are alive and well here. We can't stream video in the Hills. I have to stay in the kitchen near the cell booster to make a call. We are about 20 minutes out of town, sharing pasture with deer and horses. My life is very different than it was in Ft. Worth, to say the least. 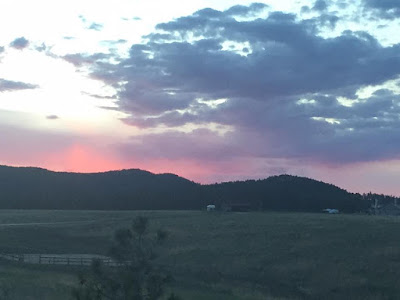 Not streaming video has changed my family's life, too. My teenagers aren't all hooked up with the current YouTubers, but they've picked up a lot more books. They've hung out in the kitchen talking to the family a lot more, too. Hmmm.... Maybe this isn't so bad afterall! 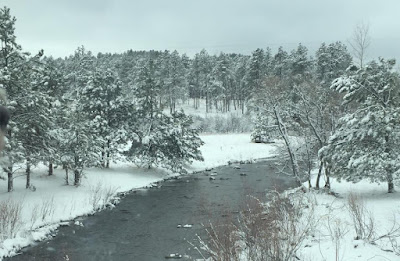 When we moved up here, we lived in a hotel for 6 weeks with almost none of our belongings. That was an eye opening experience as well. After straightening up in the morning, we were free to get out and explore. It made me realize how much time all of our "stuff" steals away from us. I'm trying to become a minimalist, but it's extremely difficult. 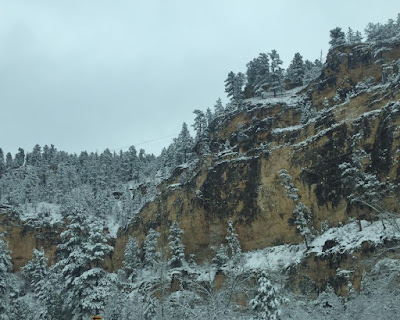 Birth Boot Camp has grown so much, it's a full time job. I haven't integrated into the birth community here, and I'm not sure I will. I still have lots to say, lots of observations to speak about though. Expect a post at least once a month here. I'm back!
Posted by Donna Ryan at 2:20 PM 3 comments: