We are all familiar with the phrase "breast is best," coined by the formula companies in order to make us like them better.  It doesn't say "breastmilk is best".  I'm getting slightly technical here, but I see so many women giving their baby breastmilk in bottles instead of just breastfeeding their babies. Let's talk about it for just a minute.

I received this message a couple of months ago:

The trend seems to be, and this is not limited to just my circle of friends, but pumping and giving breastmilk in a bottle. Simply because its faster or they're having trouble latching their babies. This tears me up inside, even though they are still getting the best nutrition!
I'm not sure if you've experienced this in your community, but I want to help them without overstepping my boundaries. Any tips on how to help encourage true nursing? I've suggested books and lactation consultants, but I don't seem to be getting through.

Some of this depends on where you live.  When I lived in New Mexico, I never saw women pumping and giving their babies bottles of breastmilk, but in North Texas, I see it all the time.  From talking to women scattered around the country, it depends on where you are. My good friend, Sarah Clark over at Mama Birth, says that she almost never sees a woman feeding her baby a bottle.  The stigma is reversed. But she's in Northern California.

When I had my first baby in 1996, I was still working outside the home, so I bought an expensive pump. We loaded the freezer up and I experienced this weird guilt that I wasn't using the milk, but it kept accumulating. Weird, I know.  (I found myself working when he was sleeping, and eventually he quit taking the bottle.)  I remember going to church with a bottle of breastmilk once - thinking it would be easier - but it was so stressful! 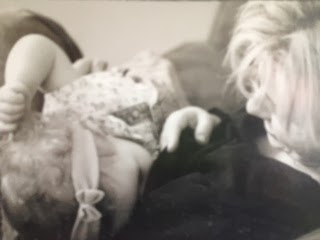 Women make this choice for a variety of reasons, I suppose.  I just wanted to put it out there why I believe the act of breastfeeding is about so much more than nutrition.

*Let's face it.  Life is busy.  I think it would be irresistible to just let the baby hold his/her own bottle.  Breastfeeding "forced" me to sit down and hold my baby.

*Feeling milk let down and my baby relax as milk flowed into his/her mouth was priceless.  I had a magic superpower!

*The hormones released when breastfeeding made me a calmer mom.  My baby molded to my body when he/she nursed.  Even if I was anxious to keep moving on with my list for the day, by the time I was finished nursing (and/or baby fell asleep), that list didn't seem nearly as important!  There's nothing like holding a sleeping baby who just feel asleep nursing.

*We can't ignore the convenience factor - always with you at the perfect temperature.

If you are one of these women that pump and give your baby a bottle, you are missing out on a truly unique and special life experience.  I'm sad that some women feel such a stigma attached to breastfeeding that they feel compelled to haul around bottles and take all that time to pump.

I wanted to share a couple of professional pictures I had taken in 2006, back before it became popular to take professional breastfeeding pictures. In fact, the photographer thought I was crazy for wanting to do so! 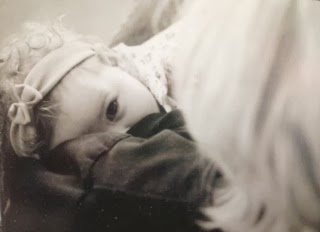 "Breastfeeding is a mother's gift to herself, her child, and the earth."

Check out the Birth Boot Camp Breastfeeding class on DVD, The Ultimate MRE (Meal Ready to Eat).  It runs 3 1/2 hours and is taught by IBCLC Mellanie Sheppard, peppered with stories and advice from several women on a number of topics.  You can buy it on Amazon, or if you sign up for a Birth Boot Camp online or live class, it comes with your childbirth classes.  Regardless of the type of birth you desire, we wish all women and babies (and dads!) a happy breastfeeding relationship!
Posted by Donna Ryan at 2:38 PM 8 comments: Links to this post

Should the "Gentle Cesarean" be Marketed?

A few months ago I wrote a post about Mother-Friendly cesareans, debuting a Ceci-Jane video of a "gentle cesarean".   It was a necessary post at the time, not to mention a relatively new phenomenon.  Since then, they have gained in popularity and the word is out!  Women are flocking to the OB who will give them a "gentle" cesarean.  I know of dozens of women who have had these cesareans now.  The out-of-hospital midwives are super excited too because they feel they are not sending their transfers off to the butcher, but their couples can still have aspects of their birth plan honored.

I actually wouldn't even be discussing this again except for the fact that the Texas Health Resources mini magazine just came in my mailbox yesterday, and in it is an article called, "A Gentle Welcome to the World." I admit that I cringed the minute I saw it.  Now, now, before you get upset with me, I'm not saying that women shouldn't have access to this type of cesarean. Just the opposite! Really, in a perfect world, all cesareans should be "gentle" (we'll come back to the word choice in just a minute), for the sake of both mother and baby.

What concerns me is marketing its availability.  Women are already so terrified of childbirth, a cesarean seems so much easier.  They opt for it without ever feeling a single contraction.  And now, to be able to still have your baby placed on you right after surgery, possible delayed cord clamping, more bonding time with baby... Well, where do I sign up?!

Addressing the word "gentle" in regards to this type of cesarean, according to Dr. Laura Bradford, "It's called 'gentle' cesarean section because that's exactly how the baby perceives it."  I feel like swearing, but I won't.  She went on to talk about the benefits of not separating mom and baby immediately after birth, like this is new to everyone!  Then why wasn't this done long before now?!  Again, great marketing!  They are doing it for the babies, everyone!  The impression is that a "gentle" cesarean is easier on the baby than a vaginal birth.  Ugh.

As part of the Management Team over at Birth Boot Camp, we've had lots of discussion about including a "Mother-friendly" or "gentle" cesarean as part of our birth video selection.  Here's the problems we always come back to:

1.  When you watch natural birth films, most moms are working hard.  She probably doesn't have any makeup on.  She's probably sweating.  She's likely making sounds.  She might have facial expressions that are not "normal" - eyes closed, mouth open, bearing down when pushing.  While extremely beneficial in preparing for a natural birth, some women fear what they will look or sound like in labor.

2.  In the "gentle" cesarean videos, her hair and makeup are beautiful.  She's not making any uncomfortable noises or facial expressions.  She doesn't feel a thing, in fact.  It just looks so... easy.  And this is where the problem lies. The allure of the "gentle cesarean" is just so powerful.

For the very small percentage of women who actually need a c-section, this is so wonderful that this type of cesarean birth is being offered.  It's the marketing and overuse that is bound to happen that makes me sad. It's a smart marketing move though.  The hospitals and doctors offering the "gentle" cesarean are bound to make bank.  In a nation that says they are trying to figure out how to lower the c-section rate, where does the "gentle" cesarean fit it?  I can't help but think this has the potential to cause it to grow higher...

Posted by Donna Ryan at 8:00 AM 9 comments: Links to this post

Have you seen this video?  The reactions are varied.  As a natural birth advocate, I'm not sure if I should laugh or cry.  I'll give you a moment to watch it and then we'll talk.

*There is some language is this video.  Sorry.

Wow, right?  So, while there are undeniably funny parts to the video (it's almost impossible not to laugh at the vagina-butthole reference), I believe that couples are coerced into a c-section all too often because of the fear and undignified manner in which vaginal birth allegedly occurs.

Does a doctor really sit a couple down and have a conversation like this? Probably not.  But the subtle -- or sometimes not-so-subtle comments -- can strongly imply that a woman is better off choosing surgery over allowing her baby to pass through her vagina.

No one wants to poop -- and have everyone see it --  while they are pushing their baby out.  This actually won't happen to everyone, only about 20% of women.

The epidural comment -- that it'll be offered and rejected, but then later begged for and denied....  Well, that is also powerful to a woman who wants to go natural in the hospital.  Deep down, she knows if she is birthing in a hospital, the drugs are there if she really wants them.  The thought of being denied the drugs is cruel though, like a payback or punishment, since she wasn't obedient to her OB in the first place.

But more than anything, the idea of a "vagina-butthole" is downright terrifying.  This actually may happen to a very small number of women (less than 4%), but it is implied as a "given" when you choose to have a vaginal birth.

Let's talk about vaginas, shall we?  Let's just put it out there and put this horrible myth to rest, shall we?  I'll start.  I've had 4 vaginal births.  I had one tiny stitch when I had my first (and smallest baby), but I really didn't need it.  I never tore with any of my 3 natural births, just "skid marks".  I do not have any incontinence issues and My husband and I have a great sex life.  Things are not stretched out -- at all -- like implied by many.  (I do believe that kegeling helps tremendously with this area, as I do it a lot, and always have.)

Rant over.  Spread the word, ladies.  If you had an AMAZING birth, tell other people!  If you didn't tear and/or still have a great sex life, tell people! Well, as graciously as one can do that...  This will be fun at the next baby shower you attend. :-)

Posted by Donna Ryan at 8:00 AM 4 comments: Links to this post