My Christmas Letter -- In Blog Form

I had a friend ask me a while back if I thought if a good birth - or "bad" - made you feel closer - or further - from that child.  There was a time when I might have said yes, but I do have the perspective that time sometimes gives us, now that my children are older. 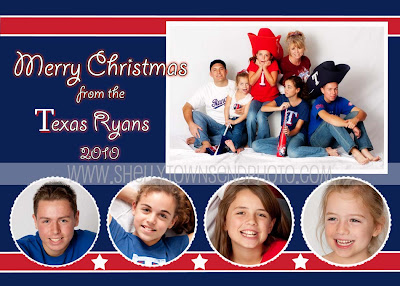 I don't need to rehash the births of my children, but my 2nd birth was my most emotional.  I felt so excited that I had accomplished my goal of an unmedicated birth.  I won't say it was my best, but I definitely experienced that "birth high" that we sometimes read about.  She did not look like my baby though.  She was dark skinned with pitch black curly hair.  People always asked me if my husband was "ethnic."  She is now 12 years old, and while our relationship is probably better now than it has ever been, she has always preferred her Daddy.  We have had very little in common and our relationship has frequently been somewhat forced.  She is very serious and has an intense moral compass.  She loves to write and remembers everything I've ever said, which has often come back to haunt me!

My first baby (now 14), on the other hand, looked just like me and my side of the family when he was born.  Still does.  I was always close with him and thought that I could love no child as much as I loved him.  I had an epidural for his birth.  I do not feel that it had any bearing on how I felt about him.  Of course, now finishing up his freshman year of high school, he thinks we are total idiots.  His friends are more important than his family and music is the center of the universe both playing it and listening to it.

My 3rd pregnancy, labor, and birth were all the hardest.  Abby constantly had her foot in my ribs. The harder I pushed at her foot, the harder she pushed back.  It was the only pregnancy we did not plan.  This child was determined to get here!  Between you and me, I have the strongest connection with #3 (now 10 years old).  She looks nothing like me (dark olive skin and dark hair), but I have the most in common with her.  She has been, and continues to be, the best conversationalist.  In fact, she's the most mature of the entire family!  She's organized, self-motivated, has great "style" (which makes her fashion-conscious Daddy proud), is confident, and has a great sense of humor.  She should have been born the oldest because she would have been a great babysitter.  Currently, and formerly, she is very un-babysittable, taking direction and instruction from no one, mainly her big brother and sister.

Darcy (6) was probably my "easiest" birth and we've always been good.  No complaints.  She is my mini-me.  She's a firecracker and just lights our home with non-stop excitement!  We've had a good, solid connection since she was born.

So, the answer to the question?  No, I think our children's births are often more about us than it is about them. I will say that how their personalities were in the womb is very much how they have been out of the womb.  Daymon was constantly in motion, I hardly ever felt Vena move, Abby constantly made her presence known, and Darcy just always went with the flow.

As I re-read over this post, I realized that a lot of what I wrote was similar to my Christmas letter, which I've been told over the years, is so brutally honest, it's everyone's favorite!  I hope you enjoyed a little slice of my crazy children's personalities and what I endure day in and day out!
Posted by Donna Ryan at 5:00 AM

Can I tell you how refreshing it is to hear someone else be honest about their children and such? I'm not one to sugar coat anything. Nice to know I'm not alone.

Beautiful kids. And number two does look more "ethenic" than the others. Genetics are a funny thing aren't they?

Thanks! I've been told that before. I believe that we are all going through the same stuff. Some of us are just more honest about it than others! I visited your blog. We are LDS too. :) Good luck with your upcoming birth!

I really like this post. I'm pregnant with my second and sometimes get scared I won't love my other baby as much as I do my first. You're the second mom I've stumbled upon this week totally squashing that fear. Thanks! :)